Home > About Us > Dianetics 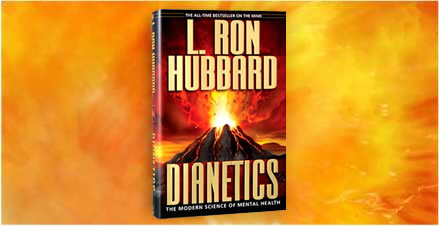 Dianetics comes from the Greek words dia (through) and nous (soul). Dianetics could be said to be what the soul is doing to the body. It provides answers to the fundamental riddles of the mind with a thoroughly validated method that increases sanity, intelligence, confidence and well-being. It gets rid of the unwanted sensations, unpleasant emotions and psychosomatic ills that block one’s life and happiness. Dianetics rests on basic principles that can be easily learned and applied by any reasonably intelligent person — as millions have. It is the route to a well, happy, high-IQ human being.

Dianetics addresses the part of the mind that operates below the conscious level, exerting a hidden influence that causes you to react irrationally, say and do things that “aren’t you,” and have inexplicable emotions and ills that hold back intelligence and ability. It all resolves with Dianetics.