SCIENTOLOGY: A KNOWLEDGE OF LIFE 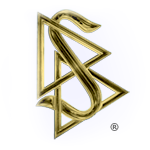 The Scientology symbol is an S imposed over two triangles. The S stands for Scientology. The two triangles represent important concepts in the Scientology religion. The lower triangle is made up of affinity, reality and communication, which together equate to understanding. The top triangle consists of another set of closely interrelated factors: knowledge, responsibility and control.

For all that Dianetics resolved in the field of human behavior and the mind, there still remained one outstanding question. When someone was looking at a mental image picture, who was looking at that picture?

The breakthrough came in the autumn of 1951, after L. Ron Hubbard observed many, many people using Dianetics and found a commonality of experience and phenomena. After carefully reviewing all relevant research data, he isolated the answer: Man was neither his body nor his mind, but a spiritual being. This was the source of all that is good, decent and creative in the world: the individual being himself. With this discovery, L. Ron Hubbard founded the religion of Scientology, for he had moved firmly into the field traditionally belonging to religion—the realm of the human soul.

The term soul, however, had developed so many other meanings from use in other religions and practices that a new term was needed to connote precisely what had been discovered. The term LRH chose was thetan, from the Greek letter theta (

) the traditional symbol for thought or life.

A thetan is the person himself, not his body or his name or the physical universe, his mind or anything else. It is that which is aware of being aware; the identity which IS the individual. One does not have a thetan, something one keeps somewhere apart from oneself; he is a thetan.

Very pertinent to L. Ron Hubbard’s research at this juncture was his examination into the phenomena known as exteriorization. Although various religious texts make mention of it, no one had ever considered the matter with such careful scrutiny. From this research, he concluded that the thetan is able to leave the body and exist independent of the flesh. Exteriorized, the person can see without the body’s eyes, hear without the body’s ears and feel without the body’s hands. Man previously had very little understanding of this detachment from his mind and body. With the act of exteriorization attainable in Scientology a person gains the certainty he is himself and not his body.

Scientology: The Fundamentals of Thought
ORDER

You are a unique individual with your own personality traits—some of these traits enable you to achieve great things in life, and others can seem to hold you back and ultimately stifle your true potential. Enter your information below to get started.

Please scroll down and read this document. Check the "I Agree" box and click the button to accept.

The OCA Personality Test and complimentary results consultation are absolutely free with no obligation—it’s simply a great opportunity to learn more about you.

Get to Know the Real You

Your first step to find out more can be as simple as a free Personality Test.

Get to Know the Real You
TAKE A FREE PERSONALITY TEST

To find out more about Dianetics and Scientology principles and their use, request a free catalog of books, audiobooks, films and lectures.
FREE CATALOG

KNOW THE REAL YOU

Curious about yourself? Your first step to find out more can be as simple as a free personality test.
FREE ONLINE TEST

About Us
What is Scientology?
Scientology Network
Spiritual Technology
Beginning Services
Bookstore
How We Help
CONTACT US
Related Sites